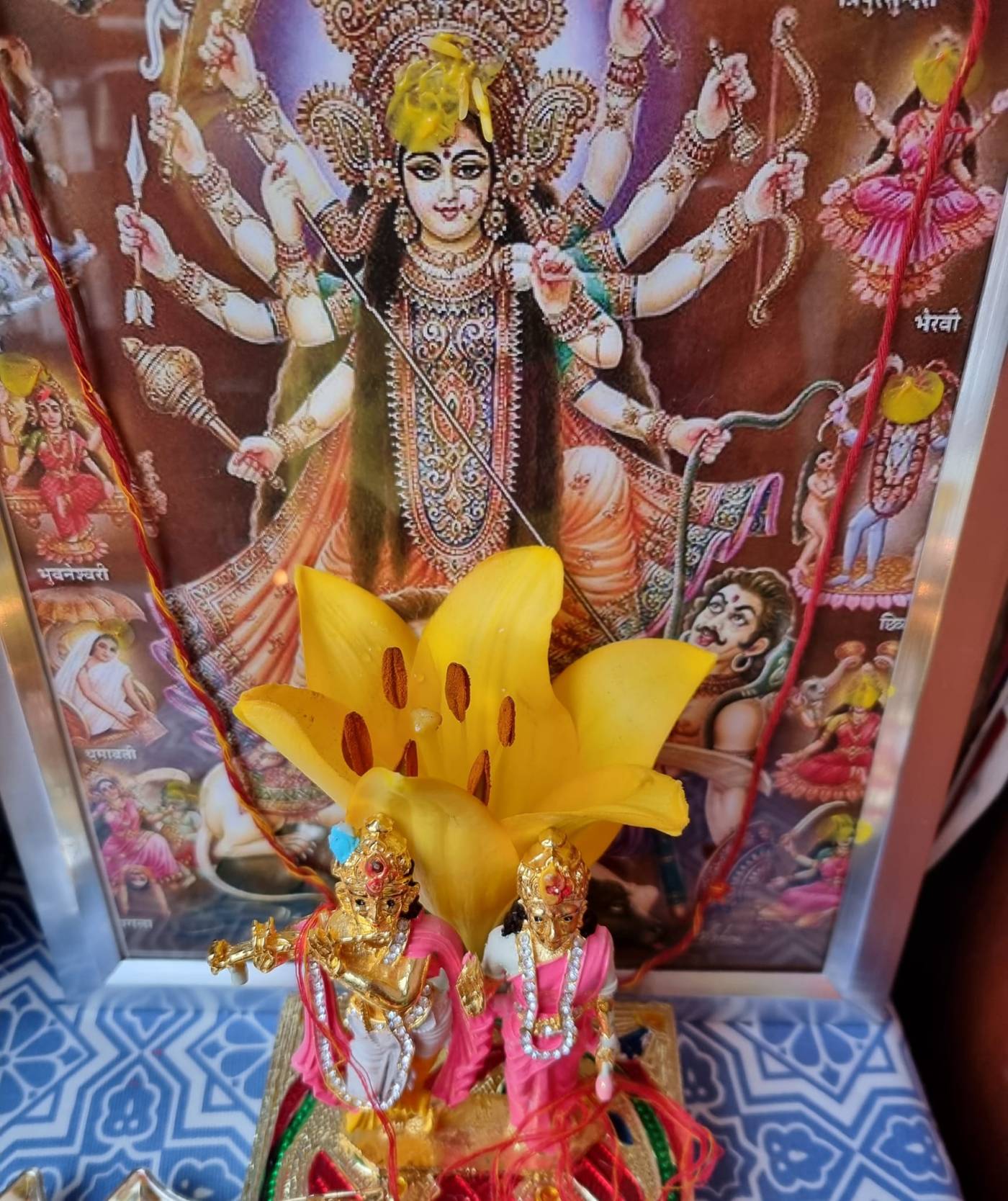 Today marks the day of Panchami(5th day) of Magha Shukla Paksha. This day is celebrated as Vasant Panchami/Basant Panchami/Sri Panchami. Here Vasant and Basant can be closely translated as spring which is considered as queen of seasons in India. This day marks the beginning of spring and end of harsh winters in India and subsequent changes in weather in other parts of the world. Vasant Panchami is significant to Vedic Culture/Hinduism/Sanatana Dharma for various reasons.

Like Akshaya Tritiya and Vijaydashmi, this day is called as Abhuja day, meaning it is an auspicious time to begin new things without consulting the muhurta on this day because the entire day is Shubha Muhurta.

Saraswati River is an important part of Indus Saraswati Civilization (7000BC-2600BC, ref An Entirely New History of India, Francois Gautier) which is one of the oldest civilizations in the world. Vedas especially Rig Veda have mentioned about Saraswati River and its spiritual significance even more than the Ganga River.

During Vasant Panchami, Saraswati river along with its tributaries used to bring down waters from the glacier of Har-ki-dun in Himalayas resulting in blossoming of mustard and other flora. As per current geography, Har-ki-dun is currently based in Garhwal Himalayas in Uttarakhand, India.

That’s why yellow color and Saraswati Pooja have been associated with Vasant Panchami. The color yellow is associated with Maa Saraswati and the planet Jupiter and Sun in Vedic astrology. It is worth noting that they all signify knowledge, intelligence, and wisdom.

Since this is also the time of Magh Gupta Navratri, Maa Saraswati is highly revered and worshipped on this day. Maa Saraswati is worshipped for knowledge, art, learning, and wisdom on this day. A famous ritual is ‘Vidya Arambham’ which is done for young children who have to begin their journey into academics, art, or music. It is also the day of a Guru to initiate their disciples into the spiritual path.

As mentioned above the association of Maa Saraswati with knowledge and wisdom. It is also the day of transformation of Mahakavi of Sanskrit Literature Kalidasa(5th century CE) who was bestowed with great knowledge by Maa Saraswati.

The great rishis of Santana Dharma/Hinduism Shri Valmiki, Shri Vishwamitra, Shri Shaunak, and Shri Vashishtha were able to compose the sacred Vedas and Upanishads with the blessings of Maa Saraswati.

Matsya Purana tells us about the very famous story of Bhagwan Shiva and Kamadeva. Kamadeva had intervened into the dhyana of Bhagwan Shiva to fulfill Maa Parvati’s tapasaya. Kamadeva association with the month of spring signifies stimulation of desires in the creation leading to blossoming and fulfillment.

Sun or Surya has an important place in both Vedic culture and astrology. Sun is the karaka of father, Atma, light and for running all life processes on our planet. Surya is worshipped this day for bringing an end to harsh winters. The Deo Sun Mandir in Bihar, India performs special celebrations and rituals on this day.

As with any other festival, there are various ways Vasant Panchami is celebrated among different states in India.

People like to dress up in yellow and cook yellow sweets and snacks. Poojas and rituals are done by offering mango flowers and prasadam to Maa Saraswati. A lot of educational institutions in India also offer prayers for a good learning year. Kite flying is famous in the Northern states of India during Vasant Panchami.

Wish you a Happy Vasant Panchami!