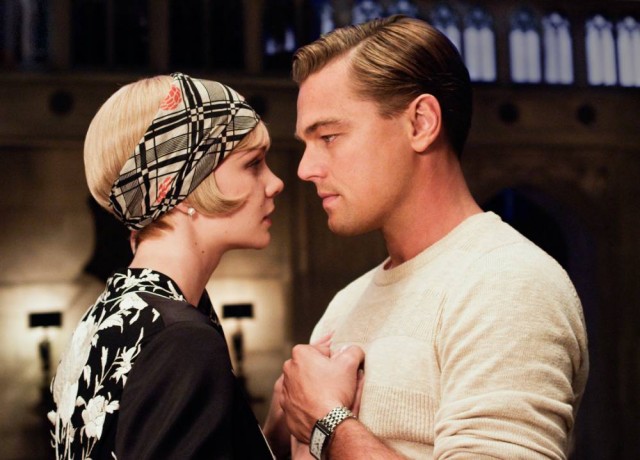 An English literature lover and a Master’s student, I couldn’t resist reading, writing, and watching The Great Gatsby. Written by F. Scott Fitzgerald in 1925, the novel explores a lot of themes including idealism and social upheaval in the Jazz Age in America. Further, the flawless performance by Leonardo DiCaprio in 2013’s The Great Gatsby film deepened my understanding of this novel.  The most striking part of the novel is the huge wealth of J Gatsby and his love for Daisy. But both his wealth and love were futile and rather destructing to Daisy’s life. Also, these two things only became the reason of his death at the end of the novel. This article explores whether or not J Gatsby’s love was true and worth for Daisy.

Who was J Gatsby?

Jimmy Gatz, was born to unsuccessful farmers but his non-acceptance to the harsh reality of his life made him chase money and success from his early days. Well, the Gods got generous towards him and he met copper tycoon Dan Cody in Little Girl Bay. Gatz’s was invited by Cody to join his ten-year yacht trek. He was lucky enough to be mentored by Cody who taught him the mannerism of the rich and completely transformed the poor Gatz into J Gatsby.

Love-struck Gatsby at the age of 27 during his training for the infantry in World War I. This was the point when the beautiful and rich 18-year-old debutante Daisy Fay who came from a patrician Louisville family met Gatsby at a dance party before he was shipped overseas. Though Gatsby reached the rank of Major he didn’t have wealth as stated in his letter to Daisy which stated that he was penniless which made Daisy marry Tom.

What made Gatsby acquire huge wealth and stature was his belief that only money can help him win Daizy. If you have seen the movie starring Leonardo DiCaprio then you would have seen those extravagant celebrations that took place in his mansion. His luxurious cream-colored car which also becomes the reason for his death is a vivid representation of his ego. His big mansion in the West Egg of Long Island was on the opposite bay from old-money East Egg where Daisy lived with her husband Tom, and their three-year-old daughter.

The big question that kept me surprised throughout the movie was the source of wealth of Gatsby. It is speculated that Gatsby made a big fortune from bootlegging and his connections with gangsters like Meyer Wolfsheim (who Gatsby claims is “the man who fixed the World’s Series back in 1919”) Source: Wikipedia

So, Gatsby was rich and led a royal life. He had enormous connections and wealth that people at his party said, “He is richer than God’’.

Gatsby had a hollow and lonely life. He had everything yet lived alone in his palatial house. He wanted to win over Daisy with his royal lifestyle. He was smart enough to build a friendship with Daizy’s, cousin to meet her. He could have easily married another rich woman after acquiring so much fame in the society.

But he made a comeback in Daizy’s life after five years with all the material wealth of the world to keep her happy. At first, I was really taken by his romantic and eternal love for Daisy. But then I realized that Gatsby wanted only to possess Daisy with his wealth and fame.

Had he really loved her, he would have already married her five years ago. Gatsby’s wouldn’t have sent a letter saying’’ he’s penniless’’ and left Daisy with no choice than to marry another man.

I know many of you might be thinking that-Gatsby had a poor life in his initial days and thus he knew that life wouldn’t be easier if he marries Daisy without money.

Even I thought it to be so and continued to sympathize with Mr. Gatsby. But I had another clue in the movie which made me doubt his love for Daisy.

After becoming a major in the Army, Gatsby could have easily supported a decent married life with Daisy. So, what’s the purpose of acquiring money through ill-means?This clearly shows that Gatsby wanted to be the best for Daisy. But this also shows his dissatisfaction with life and his quest to become a multi-millionaire.

The obsession is further clarified when he asks Daisy to tell her husband that she had never loved him in the past five years and it was only Gatsby whom she had loved forever. Here, it again becomes clear that Gatsby lived in an illusionary world where he wanted Daisy to accept the fact that she has never chosen Tom and Gatsby was the only choice she ever made.

I know that there is no practical world that exists in the dictionary of lovers. But true love isn’t about possession too. Sounds cheesy? It is true. Daisy waited long for Gatsby but he was busy making money and wealth. So, she took a wise decision to marry Tom and lead her life.

I find it useless that Gatsby hits back in Daisy’s life just because he had all the wealth in the world now. So, now he felt it was time to acquire Daisy like money? Or, maybe his hunger for money was over and he now wanted to chase something else that could keep him excited.

Had he really loved Daisy he would have never come back to disturb her family life. True lovers know how to make sacrifices to keep each other happy.

Another thing that haunts me is even after having wealth and material comforts, why did Gatsby not bring his poor parents to live with him. Why didn’t he try to get in touch with them? Or maybe if they were dead, there must have been someone alive from his family whom he could have easily accommodated in his mansion maybe at least to fill the void in his life.

This shows that Gatsby had an obsessive personality and he wanted only to win over everything with his power and money.

Yes, there is no denying the fact that Gatsby did prove his greatness at the end of the movie. He didn’t let Nick reveal to anyone that Daisy was driving his Rolls Royce when she accidentally killed Myrtle. Undoubtedly, this was a big sacrifice Gatsby made for Daizy, which could have otherwise spoiled her life.

But a closer look can help you recognize that this was his another way to grasp her if he would have succeeded. Daisy would have taken a wrong decision if she would have chosen to leave her husband for Gatsby. This is because he loved Daisy more as an object and wanted to possess her.

J Gatsby lived only to serve himself with the best possible luxuries and comforts in the world. He didn’t actually care about anyone including his family. Moreover, he couldn’t accept Daizy’s words when she said that she had also loved her husband at some point of time. He wanted everything exclusively for him.

His self-centeredness is reflected at the time of his funeral where none of the people who enjoyed his parties turned up. J. Gatsby was a mysterious man who lived and died to be talked about his huge wealth and power.

PS: Don’t miss out watching The Great Gatsby movie (2013). I bet you will love the performance by Leonardo DiCaprio.

PPS: Please do share your thoughts in the comments below. Thank you!

10 thoughts on “Is it worth falling in love with J Gatsby?”